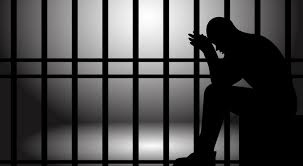 Thirty Five war prisoners belong to Sudan Liberation Movement/Army led by Chairman Abdul Wahid Mohamed Ahmed Alnor; are torture and persecuted in prisons of the Government of Sudan without fair trial. Six persons among the prisoners were captured since 2014 and penalized between ten years in jail with hard labour and death sentences on 13th July 2014, at Sudan martial courts in Zalingi town Middle Darfur State without any respect to international treaties and laws regarding the treatment of war prisoners. On 14th April 2015 these prisoners were taken to Kober prison in Khartoum and on 1st may 2015 were taken to Port Sudan prison waiting to be executed without any access to their families to visit then which is also a violation of human rights and the rights of war prisoners.
The following are the names of the victims:
1. Ahmed Musa Salih
2. Adam Idriss Abakar Ahmed
3. Izzadine Omer Ahmed Ibrahim
4. Abdalla Abakar Abdalla Ahmed
5. Mohammed Musa Nour Ahmed
6. Mohammed Abdulkarim Ahmed Mohammed
7. Moawiya Omer Altahir Mohammed
8. Ali Khamis Ahmed Abdulkarim

The following list are names of war prisoners who are on waiting list of trials in cells in Al Fashir North Darfur State since the year 2015. On 13th Nov 2016 is the date fixed for their trials.
1. Mohamed Idriss Adam Ali
2. Musa Mohamed Abdalla Ismail
3. Mohammed Alhafiz Ismail
4. Adam Mohamed Abdalla Abakar
5. Hussien Mohammed Ali Ibrahim
6. Osman Mohammed Adam Arbab
The Military Spokesperson of Sudan Liberation Movement/Army Mustafa Tombor was arrested on 11th Dec 2015 and was suffering kidney failure; no one knows if he is alive or dead; because; no one was allowed to visit him since he was arrested.

The Sudan Liberation Movement/Army on this regard appeals the Red Cross International, UN organizations, regional human rights groups and all activist on human rights, legal groups and human dignity groups to stand on solidarity with our war prisoners and other war prisoner in Sudan whether political or revolutionary armed groups and use pressure on Sudan Islamist government to send them either to courts for fair trials or release them without any conditions.