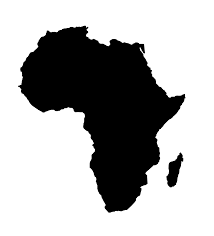 Father of the mirage(34)

Hassan Ahmed
What is a kind of state position on this Greenland?, what is a kind of the current ruling system?, the elder writes on the colored wall, who are we?, what kind of those people?, what sort of that direction, we have inherited it from the previous generations?, why have we fostered that failed lesson?, why have we wanted to implemented it, although, we realized?, it was unsuccessful method?, why the failed methods have been symbolism of tyranny?.
The villagers took another direction of life, the decided to leave the upcountry,in the town or city, they are very close friends, they are merciful neighbours, at that estate or slum, they are everything to each others, they will forget, the villages and town borders, at the end of episode, they turned each others, why this daily life among that kind of diversity at the same border will be point of hostility?, at the crucial moment, the neighbor and friend, to turn against her or his neighborhood and friendship.
Really, who are us?, in our own border, we are hostage of our mistakes, we never learn from our mistakes of daily life, we turned out as hostile against us, are we hostage of our failure?, are we hostage of our mistake?, are we hostage of those mistakes since the colonizers impose on us that manufactured border?, .

All of us, we celebrated independence day, at the end of day, we raised the same guns that we pointed it against the colonizer, we raised it against our selves, during that journey of liberation, we have show a kind of African solidarity among selves, at the embarrassed moments, we disappoint each others, during time of friendship, we opened that gate of reality, at this particular moment, we are the same people who betray that moment of a particular friendship, if some one comes, then he or she will abuse the social division, why are we blaming that?, the elder, he typifies that dream of African generation, he typifies the coming liberation of ours.