Trump: Sudan must show commitment before sanctions are lifted

Trump: Sudan must show commitment before sanctions are lifted

Protesters demonstrate against the US sanctions on Sudan on 19 September 2017 [#jomo~I.M.J/Twitter]

US President Donald Trump has reassured Congress that he will not lift economic sanctions imposed on Sudan without making sure that Khartoum is committed to implementing the agreed terms.

Trump pledged to press Khartoum to improve its record on human rights and religious freedoms and to bring the perpetrators of genocide, war crimes and crimes against humanity in Darfur to the International Criminal Court (ICC).

“The Sudanese government knows that my administration will hold them responsible for any breach of obligations which came through strong bilateral ties and effective monitoring,” Trump said in a letter dated 25 September to Congressman Jim McGovern.

The White House is expected to issue a resolution within two weeks on the US sanctions imposed on Sudan for nearly two decades ago.

Read: US sanctions in Sudan has created hardship for people

In January, Washington requested Khartoum end the conflicts in Darfur, South Kordofan and the Blue Nile, stop supporting southern rebels and cooperate with US intelligence to counter terrorism and help eliminate the Ugandan Lord’s Resistance Army (LRA) in return for lifting the sanctions.

“In response to your concern about the need for evidence for an informed decision on sanctions on Sudan, the assessment would be based on information from large sources inside and outside the United States of America, including military and diplomatic reports and non-governmental sources for a comprehensive review of the Sudanese government’s actions within the framework of its commitment,” Trump said in his
— 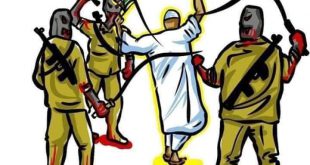 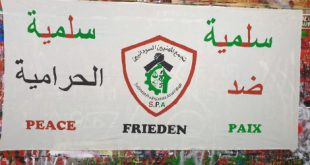