The Sudan national broad movement strongly condemns the cowardly and barbaric attack against the  British symbol of  democracy in Westminster. This is an attack against the values of justice and rule of law that we are proud to be living under. The attack shows the terrorists are trying to undermine such values and institutions. This will make us more determined to value and protect them .It  remind us of the importance of  standing shoulder to shoulder to defend such important values worldwide and to intensify the efforts to defeat the ideology of terrorism and extremism.

Our thoughts are with the families of the victims in such difficult time and we commend the heroic action of police and emergency services.
Sudan national broad movement
Press office

Hamdok is a hoax! 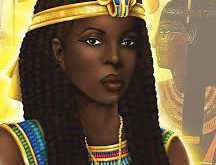 🔴Statement from Sudan Liberation Movement/ Army concerning the allegations of UNAMID head of mission in Darfur.

Share this on WhatsAppJune,25,2020  ● The media had reported a press released inked with the …