The Sudan Liberation Movement/ Army had followed with concern the political situation in the country and the reckless coup d’état which was staged by General Abdel Fattah al- Burhan , this morning 25th of October 2021; aiming at taking the country back to the era of dictatorship, totalitarianism and the rule of the army. And therefore; according to these parlous developments the Sudan Liberation Movement/Army chaired by Abdul Wahid Mohammed Ahmed Al Nour would like however, to state the followings:-

1-      The movement  condemn in the strongest possible terms this coup and reaffirm its absolute  and principled position of rejecting military  coup de’ tats in the country and further call on  al- Burhan and his generals to listen to the voice of reason and wisdom and retract from the staged coup.

2-      Immediately release the Sudanese Prime Minister Abdalla Hamdok and hand him the reins of power without any preconditions as he represents the unique revolutionary legitimacy, unanimously agreed upon him by the Sudanese people, and thus the people consolidated this legitimacy by the recent demonstrations of 21st of October revolution.

3-      Although the movement disagrees with Freedom and Chang Forces (FFC) for its compromise with the army and hijack to the revolution, nonetheless; we reject and renounce in principle any detention for political reasons and therefore; call for the immediate release of all the detainees.

4-      It’s impossible to confiscate the free will of the Sudanese people at gun point and through coup d’états that the deposed president al-Bashir failed to achieve throughout the three decades of his ruling eras.

5-      We call on the Sudanese masses, the Kandakas (queens of the revolution), the Shafatas ( the boys of the revolution) , Jeel al Rakib Raasou ( the generation that mouting their heads), the resistance committees  and the honorable forces to go out on the streets and peaceful repudiate the coup d’état and not to surrender to the de facto situation.

6-      We call on all civil sectors and members of the movement exist in all state cities, towns and villages of Sudan to go out in the streets and peacefully revolt and oppose along with all Sudanese this coup until the army relinquish and hand over the power to the people.

7-      The Sudan Liberation Movement continued to oppose the blood partnership standing firm to a fully fledged civil rule and to achieve the goals and slogans of the glorious December revolution, and to form a civil government from independent figures led by his Excellency Prime Minister Abdalla Hamdok .

8-      We call on all civil and political forces, all the true revolutionary force to unite and put aside their political differences and work with one hand in order to defeat the coup d’état  and retrieve the hijacked revolution.

9-      Restructuring of the Sudanese armed forces and all the military apparatuses became a dire necessity in order to form a unified professional national army with a new military doctrine which do not plot coups, slaughter innocent civilians and carry out arrests and detentions without legal recourse.

10-   The Sudanese masses alone are the one who determine the form of their government and who will rule them and not the generals of al- Bashir’s security committee.

We Resist, but Never Compromise

The Chairman and Commander – in – Chief of the Sudan Liberation Army 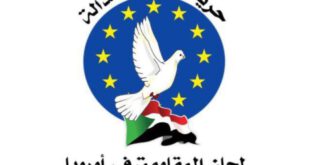 Share this on WhatsAppThe Troika (Norway, the United Kingdom, and the United States) strongly supports …