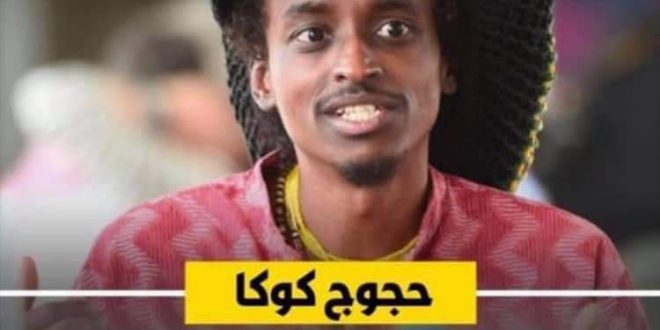 URGENT HELP
hajooj  kuka was beaten in prison today and his dreadlocks were partially shaved. He is being moved to a maximum security prison. This is an urgent situation. If you want to help Hajooj Kuka and the four artists, please write to the Sudanese Embassies in your country now. Below is a list of some Embassy email address and a template letter to use. If you have any connections to Foreign Ministry in your country or high profile people who can exert pressure on the Sudanese government, please DM me.
#ReleaseTheArtistsSudan

Text to share with the relevant Sudan govt. authorities:
I am writing to demand the release of the five artists recently detained and sentenced for public annoyance in Sudan. Hajooj Mohamed Haj Omar Duaa Tarig Mohamed Ahmed, Abdel Rahman Mohamed Hamdan, Ayman Khalaf Allah Mohamed Ahmed and Ahmed Elsadig Ahmed Hammad represent the future of a free Sudan and should not be persecuted for being artists.
The trial of the artists was handled in a biased and politicized manner. Although the charges were all related to the allegation that the artists were chanting in the jail cells where they were held, the proceedings gave platform to conservative citizens to besmirch and attack the artists for alleged discretions that were extraneous to the case. It was a clear message to the current government that the old Islamist regime still controls the judiciary and the law enforcement apparatuses. The return to arbitrary justice mechanisms in which the legal framework is used to control freedom of association and expression is a chilling reminder at what is at stake in Sudan’s transition.
I am concerned for the immediate well-being of the artists after they were sentenced to two months in prison, especially for Duaa Tarig who was previously assaulted in police custody and has been singled out based on her gender.
These artists have spent the last two years creating art to support Sudan’s quest for freedom and democracy. They have created hundreds of murals and films in the public service, supported the Prime Minister’s office and Sudan National Television, and conducted hundreds of civic engagement workshops across Sudan through their work at the Civic Lab network.
Artists are at the vanguard of positive change in Sudan, and played a critical in Sudan’s revolution. When they are not protected, no one is protected.
These actions by a corrupt security apparatus establish a chilling precedence that must be immediately addressed. In addition to releasing the five artists and the dropping of the six artists facing trial,  I call on the civilian-led government to investigate the judges and police involved in this case, and fast track reform to the Bashir-era laws that unjustly criminalize civilians. It has also come to my attention that Hajooj Mohamed Haj Omar is currently being beaten in prison and partially shaved, I demand that this be stopped.

Previous The initial of peace signed today between transitional government of Sudan and the SPLM-N- SRF of Malik Agar.
Next DARFUR Union in the UK: Fatou Bensouda – ICC Prosecutor Khartoum Visit; a Great First Step Towards Justice for the Victim of Genocide in Darfur. Here are the Demands