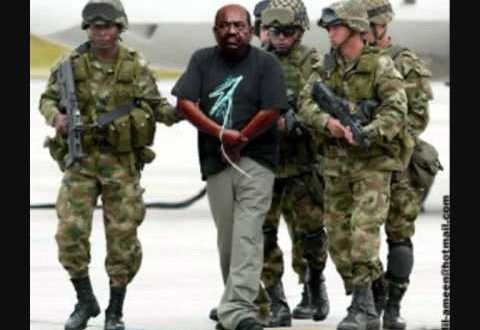 The leadership of the Sudan Liberation Movement (SLM/A-AW) heartily welcomes the announcement by interim Sudanese Prime Minister Abdallah Hamdok’s announcement that deposed former President Omar al Bashir will at last be extradited to the Hague in the Netherlands to face long standing indictments for war crimes, crimes against humanity and genocide and be finally subject to prosecution at a criminal trial presided over by the International Criminal Court, he has long deserved. Separately we also welcome the UN Security Council’s recent decision to extend the deployment of UNAMID in Darfur.

In both instances, however, we will not yet be celebrating effective peacekeeping nor that the fallen tyrant and genocidaire facing his long overdue destiny before international law is an assured outcome, as the announcement of the intent to do so is not in of itself a reality yet, when specifics and a clear time frame of al Bashir’s genuine extradition from Sudan into international judicial custody has not been determined in a tangible way; just as we regard the presence of UNAMID on the ground in Darfur an utmost necessity, but cannot fail to acknowledge that it is as a peace enforcement mission and safeguard for the people of Darfur, largely a failed mandate that has brought neither sufficient security or permitted adequate humanitarian relief for the population at large of the region, still in a desperate state, only that matters would be substantially worse were it not present.

We should also like to respectfully correct Prime Minister Hamdok, that his gesture and vow to extradite al Bashir is not only for the sake of the people of Darfur or only to assuage their anger, but rather a pledge of the deepest importance to all the people of Sudan, where Darfuris are nothing other than Sudanese and not a people apart. The long nightmare of the Sudanese dictatorship has impacted on every Sudanese in the most negative way possible from the gross routine abuse of human rights, to the collapse of the rule of law, the indiscriminate violence by the state armed forces, partner militias and security services and torture regime unleashed against civilians in Darfur and the Two Areas to include chemical weapons use, as well as the slaughter that took place in the capital itself on June third. But the catalog of damage done by the regime does not end there, where the ruination of an economy brought to its knees, the devastation of the agricultural sector, commonplace food insecurity, a dysfunctional infrastructure, a crippled educational system and a policy of institutional discrimination, sectarianism, sexism and theocratic extremism, are only an incomplete list of the egregious multiple injuries endured by the nation as a whole. This sentiment and overarching reality could not have been summarized or better expressed than in the cry of the brave demonstrators that took to the streets in their millions during the civil uprising from across the nation, from Darfur to Khartoum and Omdurman when their throats roared “We are all Darfur!” This was heartening to hear as a display of authentic solidarity and it reflected the unity of the people of Sudan in their grievances across classes, race and social divides, as the nation heard the righteous voice of the majority not a minority.

Thus Prime Minister Hamdok should more deeply grasp that to extradite Bashir is not a favor to the people of Darfur alone, nor even a favor, but instead a solemn duty to all the people of Sudan and to the transcending values of all civilized nations and to international  law and the sacrosanct principles of the Universal Declaration of Human Rights anchored in the experience of genocide, the Holocaust and the many war crimes and crimes against humanity perpetrated by the Axis powers during the Second World War, revisited upon the Sudanese people in vivid living memory and inflicted against them by their own government, that lost all sovereignty over them all when it did so. We must also remind the Prime Minister, that Omar al Bashir had many accomplices in committing mass murder against his own citizens and not a few of them remain in government service and as the Prime Minister well knows, others face extradition to the ICC, while again in turn yet more must bear the full weight of both national and international criminal indictments yet to come, namely Generals Abdel Fattah al Bourhan and Mohamed Hamdan Dagolo, AKA Hemeti, as well as the previous directors of the National Intelligence Security Service and their henchmen. This is no exaggeration when the body of evidence against them is of such staggering magnitude and self-evidently documented. We will not undergo selective amnesia despite the UN having inexplicably frozen the butcher’s bill at three hundred thousand fatalities since 2008, when the ghosts of more than a half a million victims implore justice be done from the grave. Indeed the list of culprits is too lengthy to list here but to clarify the call for justice, it must be widespread, all encompassing and universal, where only trying Omar al Bashir, is an insult and offense to the dignity of the Sudanese people that will not be tolerated.

Accountability for the crimes endured by the Sudanese people must not be selective or it will be no justice at all. It is as imperative that all those who gave the orders and those who did the killing in the brutal crackdown against legitimate civilian dissent witnessed this past summer must also be held to account, and both Al Bourhan and Hemeti and their accomplices cannot be exempt for atoning for their atrocities, where de facto al Bashir’s prosecution cannot serve as a symbolic shield to cover them with immunity. In closing it also bears reminding the Prime Minister that almost concurrent to his recent goodwill visit to Darfur, only a few days ago, the regular armed forces and the Rapid Support Forces launched a significant incursion into the Southern region of the Jebel Marra mountains in Darfur. This renewed military activity was met decisively and defeated by the revolutionary and self-defense forces of the Sudan Liberation Army, but it did not come to us as a surprise, as Khartoum keeps implementing a dual policy of utilizing both a carrot and the stick, paying lip service to significant civil reform and in fairness taking some notable steps, such as the announcement of the Bashir’s pending extradition as a promising sign of judicial accountability, but it is an uneven, inconsistent process, bringing its sincerity glaringly into question, when raids, wanton violence and abuses of the civil population of Darfur primarily attributable to General Hemeti’s Rapid Support Forces, who bear equal responsibility for the massacres witnessed in June in Khartoum, have not ceased, forcing the SLA to remain on a war footing, as the sole true guarantor of security for innocent civilians, that UNAMID mostly takes no action to prevent.

On the sharp and receiving end of the tender mercies of the RSF, there is no tangible change witnessed in Darfur. The dissonance between assurances of fair play by the interim government in Khartoum and the reality we face is a universe of difference. Therefore in closing, while we reiterate our enthusiasm for Prime Minister Hamdok to stay true to his pledge to extradite Bashir, we will reserve final judgment until words become concrete action and gravely warn that unless imminent, decisive action is taken to bring all those accountable for war crimes and crimes against humanity to judgment, the road to democracy and true reconciliation in Sudan will remain blocked. Confidence in the transitional government, in of itself lacking a popular mandate not confirmed by the national plebiscite, that would confer or deny its sovereignty, as we have called for, will remain limited. Informal discussions held in good faith, such as those held with Prime Minister Hamdok not long ago in Paris, will not advance to fully fledged negotiations so long as popular sovereignty is not legitimized and even less so, when too many with blood stained hands benefit from immunity. Prosecuting Bashir is a welcome promise, but promises aren’t enough and justice for only one executioner of his own people will not suffice either, if his trial is the premise for exculpation of those that aided him in his crimes and a whitewash for those that continue to follow in his footsteps. Sudan demands and will only accept the fair, transparent and universal dispensation of justice for all the war criminals that have trampled upon her honor and wounded her body and soul. Only then may the true process of healing the nation begin. It is the day we long for. Unflinchingly we will continue to offer our toil and sacrifice, to achieve the dream of a free Sudan crowned in justice, where all men and women are equal before the law, with exceptions for none.