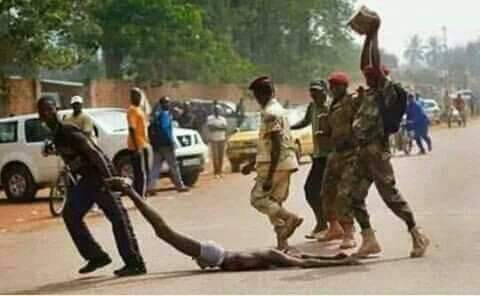 This is a call to all permanent members of the UN Security Council to the European Union member nations and Australia and to members of the Arab League of Nations and African Union:
For the past three decades the autocratic dictatorship of Albashir regime has killed hundreds of thousands of the Sudanese people and created the largest international migrant camps of native Sudanese. The scorched earth  method that was perpetuated in Darfur has been used since early morning today terrorizing peaceful protesters at the sit in within the area of the military headquarters. The army failed to protect innocent civilians from being murdered, burnt and terrorized by the armed militias from the rapid forces and others from the security defense forces. Cases of rape of young female protesters have been reported as well since early morning.
Therefore we call on all free nations to support the peaceful protests in Sudan  and to not legitimize the power of the armed militias and the transitional military council. We implore the UN Security Council to denounce the heinous acts of today agains the people of Sudan.
Thank you.
Dr. Ahmed Elshiekh
President of Sudanese Doctors Union