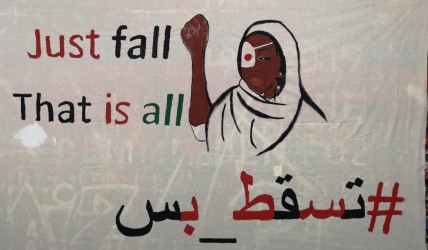 Statement on an exit compromise for Basheer.

The Sudan Liberation Movement (SLM) has received with great concern the BBC’s interview on 21/02/2019 about an offer to suspend the indictment against Omar al-Bashir on crimes he committed against the people of Darfur.
BBC Radio reported that the Security Council believed to win the votes of the majority of permanent members in favor of a one-year suspension of indictment of Omer Basheer, subject to renewal. Namely, the BBC mentioned Britain, France, the United States, China and Russia.
In this regard, also some civil society organizations represented by International Crises and the Foundation of Mo Ibrahim already  launched a campaign to lobby at this stage,for supporting the idea, BBC Radio reported.

In view of this unfortunate development, the SLM wishes to emphasize that:
1 – The crimes committed by Omar al-Bashir against the people of Darfur are not minor crimes but genocide, ethnic cleansing, war crimes and crimes against humanity, which requires punishment of the perpetrators so that  justice is achieved and the crimes of genocide, war crimes and crimes against humanity are not committed again not only in Darfur but also elsewhere across the world.
2. No one represents the victims of the war in Darfur to grant impunity or suspend indictment in favor of the perpetrators. Only the victims in Darfur have the right to decide on prosecution of Omar al-Bashir and other perpetrators who committed crimes in Darfur.
3-The Sudan Liberation Movement (SLM) calls on the entire international community and its active organizations, especially the UN Security Council, to shoulder their responsibilities by enforcing  law to achieve justice for the people of Darfur and it urges them to support the vulnerable morally and legally to prevent crimes against humanity.