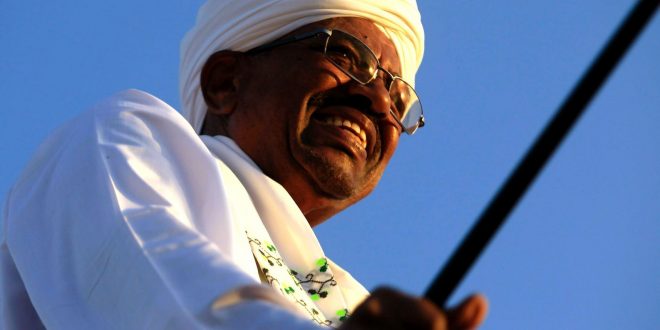 Despite Benefits, Israel Must Not Help Sudan’s Genocidal Regime

Despite Benefits, Israel Must Not Help Sudan’s Genocidal Regime

Jerusalem must not ignore Omar al-Bashir’s inhumane acts due to his decision to cut ties with Iran.

A new, repugnant alliance is developing between Israel and Sudan. As reported by Haaretz’s Barak Ravid last week, Jerusalem has asked the U.S. administration and EU countries to change their approach to Sudan; it wants them to consider canceling the East African country’s debts and give it economic assistance. Israel’s magnanimity is explained by the fact that Sudan has cut ties with Iran and is acting to prevent the transfer of weapons to the Sinai Peninsula and the Gaza Strip.

Jerusalem and Khartoum have a complex relationship. Although Sudan is not considered an enemy country, for years it assisted arms convoys heading from Iran through Sudan on their way to Gaza. Until a year ago, Sudan was a close ally of Iran and at one time provided sanctuary to Osama bin Laden.

On the other hand, it also chose (apparently in exchange for tidy sums) to overlook Israeli efforts to rescue the Jews of Ethiopia. And at the beginning of the year, Sudanese Foreign Minister Ibrahim Ghandour declared that his country would explore normalizing relations with Israel.

On the face of things, Israel should be pleased with the prospect of establishing friendly relations, even informal ones, with an Arab country that has a military alliance with Saudi Arabia, good relations with Egypt, and even cooperates in intelligence with the United States.

There is no basis, however, for adding Sudan to the list of “moderate” Arab countries that Israel considers candidates for cooperation. The country is headed by a president, Omar al-Bashir, against whom an international arrest warrant has been issued for his role in the genocide in Darfur. It is estimated that between 200,000 and 400,000 people were killed there, while millions were uprooted and thousands of women raped by soldiers loyal to Bashir.

The Sudanese president’s crimes, as described in indictments filed against him, exceed even the “norms” typical of repressive regimes. The Israeli government must not ignore the inhumane acts carried out by Bashir and on his behalf due to his decision to cut ties with Iran. Based on that criterion, Israel should have cut ties with Turkey, Russia, Britain and the other countries that maintain relations with Tehran.

In addition, it is unacceptable that activities on behalf of such a controversial regime be conducted in private without any reporting to the security cabinet and the Knesset Foreign Affairs and Defense Committee, or without public debate and under a heavy veil of military censorship.

Even more serious, Israel as the advocate of a merciless, brutal regime further undermines its standing as a moral country and a strategic asset compared with other countries in the region. A strategic “friendship” with Sudan is not only a moral error. It would also probably trigger animosity with the enlightened world.

Previous Is the European Union Financing the Genocide Wars in the Nuba Mountains, the Blue Nile, and Dar Fur
Next Five years inside government’s jail