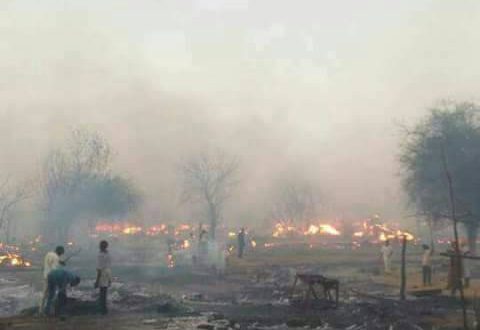 Soldiers, airmen and sailors of the Sudanese Armed Forces, your destiny is calling and if you truly recognize that your greatest moment of truth has arrived, you now have the opportunity together with the people and all those who fight for them, with and without arms, to write what will be recorded in history as the most glorious and honorable page turning in the annals of the Sudanese Armed Forces. Help us take back our nation. Help us forge a new tomorrow for our children, who are also your children.
Remember how our warrior ancestors won great victories in antiquity. Remember that we are a great people and that this is an hour that demands greatness from you. Remember the noble Pharaoh and immortal General Taharqa. Remember how our warriors who stood up to the colonial invader made the British soldiers tremble in their skins when they saw our battle lines. Now make the ruthless dictator tremble. Harness the spirit of our ancestors that served our people well in days of courage and adversity and let it inspire you to take bold action on behalf of the people whom long for deliverance from the darkness. Join us, let us be brothers and sisters again, not enemies, for the sake of one people, one nation, meant to live in unity, dignity, prosperity and justice. Rise Up and let the world know that the Sudanese Armed Forces choose liberty not tyranny. Let the nation and the people know that you love them.
Sincerely, Abdul Wahid al Nur, Chairman Sudan Liberation Movement and Commander in Chief Sudan Liberation Army

Previous After more than three years, Abazar Hamid is back to Africa and playing two  live concerts in Kampala Uganda.
Next Report on violations by Sudanese authorities against newspapers and journalists