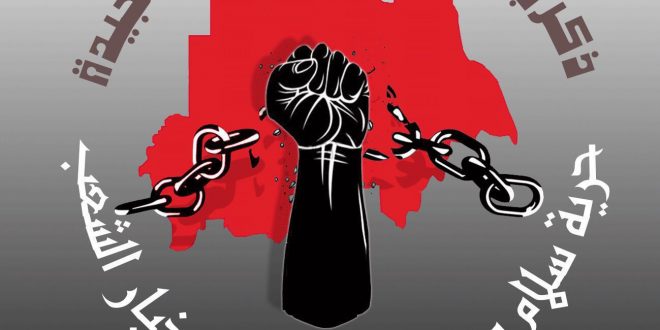 As part of the ongoing war waged by the Government of Sudan (GoS) against the people of Sudan, new acts of violence and atrocities have been inflicted on the civilians of Darfur.  On Tuesday, 27th March 2018, the notorious GoS affiliated tribal militia best known as Rapid Support Forces (RSF) have entered the town of Sawani, in East Jabel Mara, a district that has been GoS forces target for the last three years. The troops and militias fired live rounds ammunition at the civilians of the area with the intention of terrorizing and killing the civilians of Darfur so that the rest of the population will fear for their safety and security and eventually they desert their land and property as a booty for RSF. As a result, several people were reported killed, injured or went missing. Below are lists of the casualties.

In the course of the last two years GoS air force and its tribal militias succeeded in forcefully displacing over half a million civilians in the Jebel Marra area.

These resumed atrocities in Darfur are taking place simultaneously with a mass crackdown on political freedoms and imprisonment of opposition leaders and political activists. These unconstitutional acts of GoS and its security apparatus  highlight the false claim by the GoS that peace and security has been restored in Darfur. GoS has been emboldened to continue committing these grave atrocities in Darfur, South Kordofan and Blue Nile because the international community failed to effect the arrest warrants issued by the ICC against Albashir and other leaders of the Regime since nine years ago.(ICC, ref. 1). The world inaction in this case has given the perpetrators the green light to commit more war crimes, crimes against humanity, genocide and ethnic cleansing in Darfur, Nuba Mountains and Blue Nile State.

Justice and Equality Movement Sudan strongly condemns the Government of Sudan and its tribal militias atrocious crimes and their continued blatant violation of human rights, and appeals to the United Nations Security Council  to use all the means at its disposal to stop these atrocious crimes. The victims in Sudan are in dire need of protection from the acts of the rogue regime in Khartoum. The vulnerable civilians of the marginalised regions, in particular women and children deserve international community protection and they should not be let down.

Furthermore, JEM calls upon UNAMID forces on the ground to provide protection for the civilians as their mandate dictates and to perform their duties with dignity and professionalism by executing the mandate (under Chapter VII, UN Security Council resolution 1769) which allows them to function within the country. .

In addition, JEM and its allies in Sudan Revolutionary Front (SRF) and the wider Sudan Call alliance are working with the rest of Sudanese political forces and civil society organisations to see into it that fundamental freedoms in the country are restored and basic human rights are upheld in Sudan. Such an objective is not attainable without reinstating democracy and the rule of law.

Previous *Mama Winnie, A Revolutionary of All Times*
Next ?An Urgent Appeal from Sudan Liberation Movement to the UN, US, EU and AU