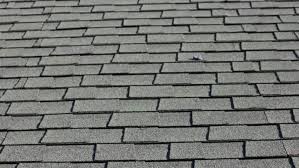 Behind the wailing walls 8

Hassan Ahmed
The depressed walls isolated me, and continue to isolate me much
The the depressed walls impose on its depressed songs
The songs handcuffed me and them in the multiple cells of isolatory
Do we imagine, what sort of songs?
It is a song very close to ear
When the drop their busy heads on torn pillows
Its cotton hilarious pasts
Screams of isolatory
Drums of isolatory
The futility itself determines my present and hilarious future
The current futility itself determines their present and hilarious future
The slim abandoned farmer mentions unconsciously the scream is a song
A song for those their respect threw in the toilet
Their hilarious dreams have been foiled by the father’s eyes

Previous The Leadership of the SPLM-N Meet H.E. President Idriss Deby Itno to Discuss with him the Question of a Comprehensive and Just Peace in Sudan
Next Behind the wailing walls 9