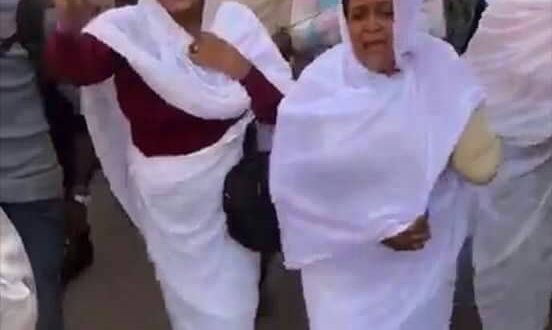 The SLM statement on recent violence against civilians in Sudan.

In the past few days, mass peaceful demonstrations have been held across the Sudan in protest against the systematic government policy of starvation and suppression of freedoms, the last demonstrations took place today in Khartoum.

In today’s peaceful demonstration the NCP government pushed in a large number of militias armed with various weapons and used excessive force with live ammunition, rubber bullets, and tear gas. As a result many civilians were wounded,and severals were arrested, including students, politicians, journalists and civil activists.

In light of this development, the Sudan Liberation Movement ( SLM) would like to state the following:-

* This barbaric approach is the core policy of the NCP Regime to suppress the Sudanese people to remain for a longer period in power.

*The SLM stands firmly with the basic human rights and freedom of opinion and its expression through peaceful means and strongly condemns the violent repression against peaceful demonstration.

* The SLM calls on all human rights organisations and diplomatic missions of democratic countries in Khartoum to condemns this barbaric crime, move immediately to stop the attacks on civilians and conduct an investigation on the recent violence.

Chairman of the Sudan Liberation Movement.

Previous Sudanese Detainees since Jan2018
Next Our First Glimpse of How Khartoum Intends to Respond to Organized, Peaceful Demonstrations Over Catastrophic Price Hikes