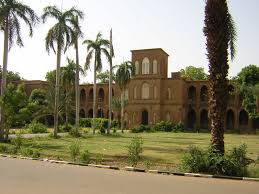 In April 2016 several government officials announced that the historical building of The University of Khartoum are to be sold or leased out for tourism purposes.A nationwide campaign was organized by the students and the alumni to nullify this deal.This campaign was combated violently by the authorities which lead to the arrest and detention of a number of students and graduates.
Asim Omer a 23 years old university student and a known activists was among these students.
On 2nd of May 2016 Asim was arrested from in front of the main gate by security officers in civic clothes.His whereabouts were not known to either his friends or family.
On 6th of May 2016 Asim was informed by the Police that he was accused of inflicting serious injury without disclosing the identity of the injured person or the circumstances of the injury.
On 10th of May 2016 a new serious accusation was put against him that was the murder of one of the anti-riot policemen by a Molotov on 26th of April 2016 who subsequently died on the 28th of May 2016.
A series of court hearings took place during which the statements were in disarray and contradictory.
The defence team had reservations about the evidence provided :
There were no exhibits such as burnt clothes or the vehicle itself were the incident took place
There were no forensic reports or statements by doctor or coroner
The witnesses who were security forces officers contradicted themselves with regard to what cloth and its colour Asim was wearing.
These are a few of the contradictory statements.
On 29th of August 2017Asim was convicted as guilty of murder under article 130 of the Sudanese criminal law
On 23rd of September 2017 Asim was sentenced to death by hanging .
There was outrage and dissatisfaction in the streets.
The case was put up to the Appeal Court
On the 6th of December 2017 the Appeal Court has affirmed Asim’s sentence.

We believe that Asim did not have a fair trial. Asim did not have the right to consult his lawyers at the early time of police investigation, this is fundamental in human rights; Asim had denied the right to. Asim was not allowed to meet with a solicitor for 3 months after the arrest.The prosecution failed to prove that Asim is guilty beyond reasonable doubt.The judge has failed to acknowledge that some of the statements were contradictory.
The defence team believes that the trial is politically motivated considering Asim’s activism.
We feel that this is a subtle message sent to the student body in particular in The University of khartoum which is known for its rebellion against dictators.The message is if you so dare to stand against the government your fate will be death.This has detrimental effect on the future of Sudan and the future generations who are expected to lead the country.
We at The University of Khartoum Alumni Association in UK and Ireland are campaigning for justice.Justice for Asim as well as for the deceased as we believe that the criminal is out there leading a normal life while Asim is facing the death penalty.
Asim Omer’s was discussed in APPG meetings and the question was raised to the UK government.
The European Union have expressed their concern and are following the trial closely
The Association participated in a Press Conference which included the Sudanese Political parties as well as The African Global Congress in support of Asim Omer’s case.
We urge the international community,all democratic governments ,civil society and human rights organizations,student unions to support our campaign so that justice could prevail.