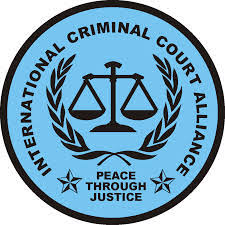 Free Rudwan Dawod and other detainees of consciousness

In a new violation to the Sudanese constitution and regulatory laws, the security apparatus of Sudan has kidnapped yesterday, 06 December,  in Elgiriaf district, Khartoum East, Mr. Rudwan Dawod, a leading member of the Sudanese Congress Party and adviser of the “Sudan of the Future” Campaign and a well known Human Rights defender.

Mr. Rudwan has been kidnapped and transported to an unknown location after he attended an activity showing solidarity with the people of Algarif East, who are struggling to protect their land from illegal confiscation by the government. The Sudanese governmemt has been illegally confisicating lands from indigenous people of Algrif in order to give it to “foreign investors”.

The arrest of Mr. Rudwan is part of wider arbitrary arrests against the members and advisers of “Sudan of the Future” campaign (SoF). In the last week, five members of the campaign were arrested, including Mr. Mohamed Saif Alnagar, Secretary General of Liberal Party of Sudan and Secretary of Logistics Section in the SoF campaign, Dr. Sabah Kiela, Secretary of Advocacy and Mobilization, Mrs. Amal Madani, Secretary of Administration, and Mr. Osama Elshiekh and Bomidyan Taha, both members of the Liberal Democratic Party and the SoF campaign.
We call for the immidate release of Rudwan Dawod, Mr. Osama Elshiekh and Mr. Bomidyan Taha, and personally hold responsibility of their safety to President Omer Albashir, in case they are subjected to harm or torture.