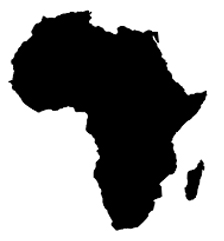 Father of the mirage(66)

Hassan Ahmed
These words of notebook convey a letter that ostrich which addicts to bury its headquarters in the time of needing, it must be cut off, when you attend to ask about the problematic and its decisive answer, no a clear answer, the answer always foggy and misleading, the sad river, who administer a land a affairs, they have vacation of conscience, the job is not about the introduction the progress and advancement, it is about much harvest and then store it in different place from the haters’ eyes, no specific answer for your disaster, it is a deliberate policy to avoid that from the top to the under, it is a behaviour of escapade, we know the ostrich exerts that to avoid the risk, and they exert ostrich’s behaviour to avert the accountability and responsibility, it is s general culture, it has classes to teach you, you have to be like them.

The elder father, the job of state and its establishments have to draw a picture of National responsibility towards its all branches, it never tolerates with the jokers, it has to limit the space for to implement a dirty game, you know, the sad river whispers to the elder father, there is a huge confusion, when it mention term of state, it has been recognized at National book that determines and details and specifies every step, the state is alive creature, it is only alive by practices of human, so that, elder points, the difficulties should be shouldered by the human.

Those whom climbed the walls of state, they reduced the concept of building respected National state, it became distorted state, the people lost its confidence in it, the state itself has lost the confidence, the elder father says the clash never ends soon, it has become daily ailment in the behaviour of the majority or the voiceless, the sad river whispers again to the elder father, this circle game has no rule to follow it.