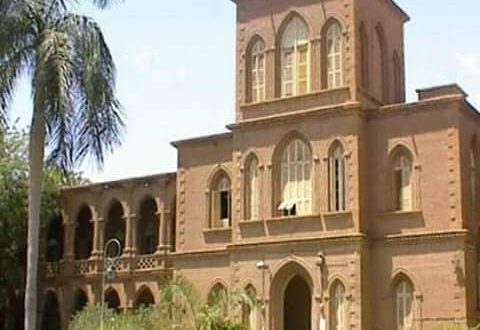 We, the undersigned, represent a wide sector of the people of the Sudan as well as students, academic staff and alumni of the University of Khartoum. Our united group presents this petition calling for support and action to stop any governmental plans to transfer or reform of the university campuses from the current historical location in central city of Khartoum to any new location without public consultation.

We oppose any plans to transform the role of university of Khartoum from its historical academic role and model in the region and nationally. International support to our campaign will ensure that we save and look after our heritage for future generation

University of Khartoum is one of the oldest universities in Africa, it was established 1902 by Lord Kitchener in the memory of Charles Gorge Gordon, known as Gordon of Khartoum the last British Governor of Sudan. It carried Gordon’s name from 1902, then became public university in 1956. The University is an independent educational trust established for the service of all regions and communities of Sudan. The land on which some of the historical campuses are built was donated by Sudanese benefactors and the government of the Sudan at the time. It was designed and supervised by a British Architect. It is a symbol of a distinctive historic asset, multicultural with diversity of political ideologies and is internationally renowned for its high standards of the curriculum. The University is a bastion of independent scientific research and social cultural and lingual pluralism that has for a century satisfied expectations and sustainable human resources development needs of the multicultural communities and regions of the Sudan.

The proposed plans by the Sudanese’s government is a violation of Article 13/15(3) of the International Covenant on Economic Social and Cultural Rights which the Sudan Government has ratified on 25/1/1986. The envisaged sale of University property is motivated by political objectives of private enrichment and consolidation of political control that neither serves public interest nor promotes the cause of higher education. What’s more it does not respect the rights of Sudanese people to save their educational heritage.

Sudan’s current dictatorial regime has been involved in the last 26 years in several non-transparent privatizations of public properties with no real investment on public infrastructure and worsening of public services as a result of these plans. Likewise, the regime believes that by transferring the university campuses from central Khartoum away from seats of power, it would succeed in quelling any potential threat which the University of Khartoum poses to its existence.

For example, the University’s administration was completely unable to stop the regime as it usurped the University’s students’ hostels and gave the premises to regime’s Islamic students’ organization. Furthermore, the administration acquiesced to the regime’s instruction to sever links with American and Commonwealth universities, dismissal of many academic staff due to their political views and superimposing changes in the curricula to suit their political agenda. These draconian changes were meant by the regime to hammer and destroy the University from it is unique ethos of tolerance, pluralism and freedom of scientific research and cultural development; the principles the University has always cherished.

Throughout its history, the University of Khartoum has acted as a symbol of resistance to several military dictatorships. In 1964 and 1985, it was one of the most active intuitions at the centre of the capital’s campaign to unite Sudanese’s people towards democratic change in Sudan. Therefore, the University of Khartoum’s central geographical location has acted as a threat to the regime through its strong ethos and the powerful resistance of its students, staff and alumni community

This campaign to fight the government plans has united all Sudan. Two weeks ago, an Avaz petition was initiated by Sudanese activists and the number of signatures has almost reached 9,000. It will be submitted to the UNESCO in Paris on 23/04/2016 for consideration to register the university buildings as a world heritage site that requires protection from damage, destruction and commercial investments. In the few hours following our rally in London, the same demonstration will take place in Washington D.C, in front of the white house, to request support and recognition of the possible irreversible damage that may take place if these plans go ahead.

Given the valuable heritage and the importance of this educational institution to Sudanese people and given its great role in firmly maintaining and upholding the highest academic standards and quality in higher education, we the people of Sudan, students, staff and alumni of the University of Khartoum are asking you to join our campaign and say NO to the plans of transferring the university campuses from their historical current location and preserve the heritage and history of this great institution. We would like as well to stop all the violence, torture, and detention of students-participating in peaceful demonstration against these proposed plans to their University.

We support the academic staff in the University of Khartoum in their request for an independent academic and cultural university. This starts by appointing a vice chancellor through democratic election to serve the interest of the university; its staff, graduate, and students.

The global campaign to save the university of Khartoum is a symbol of our unity to say no for the Sudanese’s governmental plans in the past , now, and any future plans to sell or destroy Sudan heritage and history.

Committee of Graduates of

The University of Khartoum 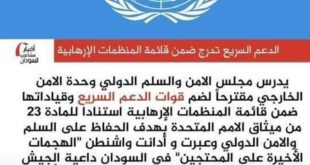 Share this on WhatsApp Her Excellency, Federica Mogherini High Representative of the European Union for …